Oh wow, what a weekend!

My upline picked me up on Thursday and we headed to the home of another sister Consultant. We swapped cars and her husband drove us in to the city to their hotel. Once they were settled, we walked to the Brisbane Convention and Exhibition Center to find the registration area and meet up with my roommate. We got our registration packs and went our separate ways with plans to meet up for dinner later that night.
My roommate and I headed to our hotel and I got settled and charged up my phone. Seriously, how do phone batteries just not last any more!?
We took a stroll down to the Mantra and met our crew. Standing outside was the fabulous Monica Wihongi and some more of the head office staff. A joy to speak with her and catch up again!
My team and I took a walk down Grey Street to find a restaurant that we'd all enjoy for dinner. I'm a picky eater so a lot of the places were "Nope, next!" or "Maaaaaaaaaaybe?". We found the Ghandi Curry House and settled on having our dinner there. Oh my, it was so yummy! 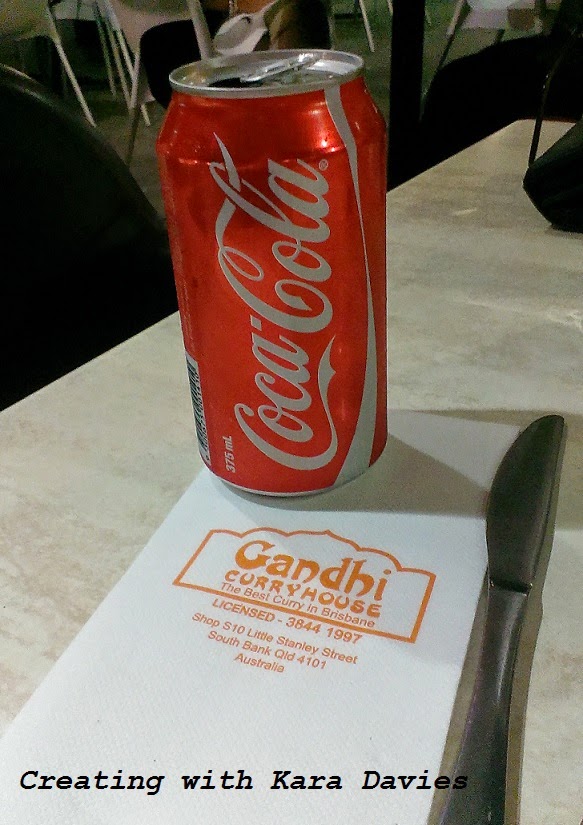 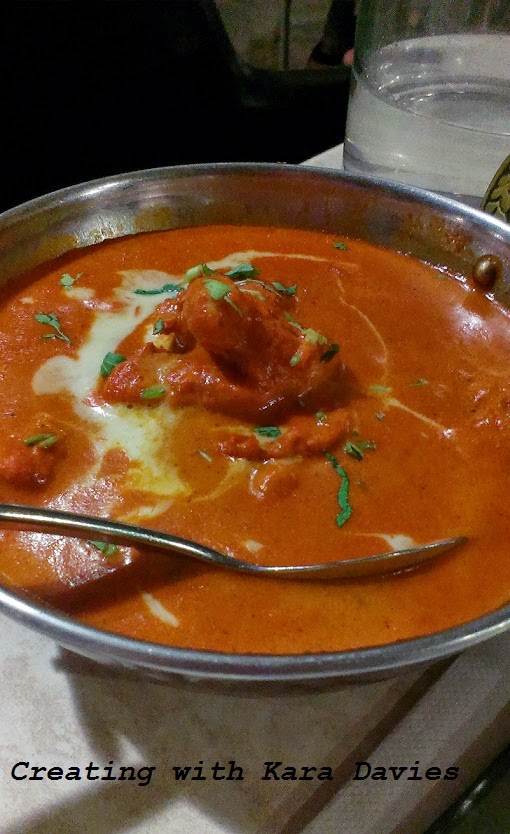 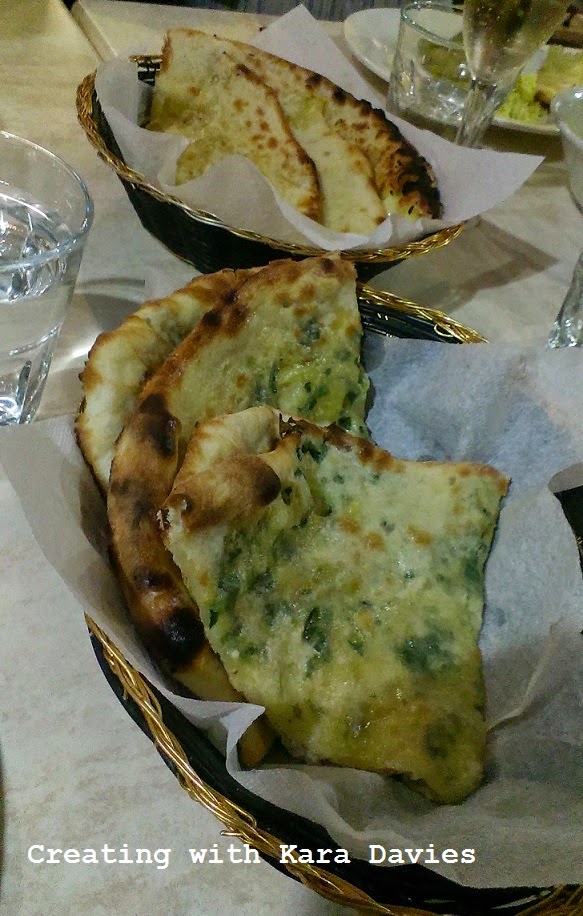 After our rather yummy tea we walked around and had dessert at Gelare. YUM! 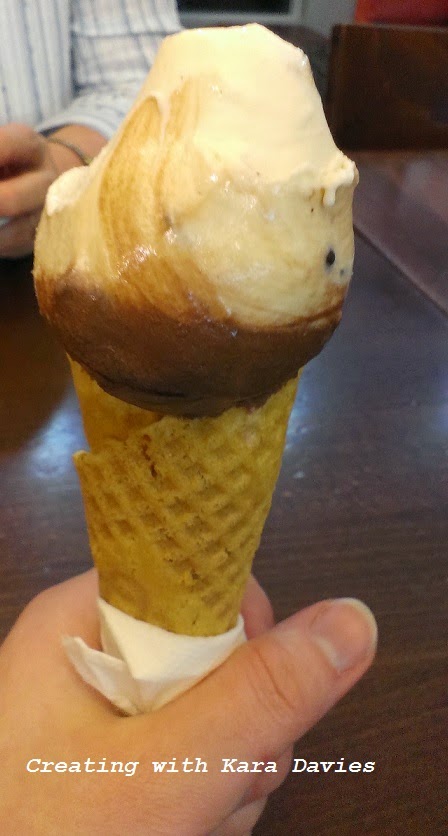 We went back to our separate hotels and called it a night. In the morning we had a lovely cooked breakfast in the hotel lobby. The sausages weren't that good though. 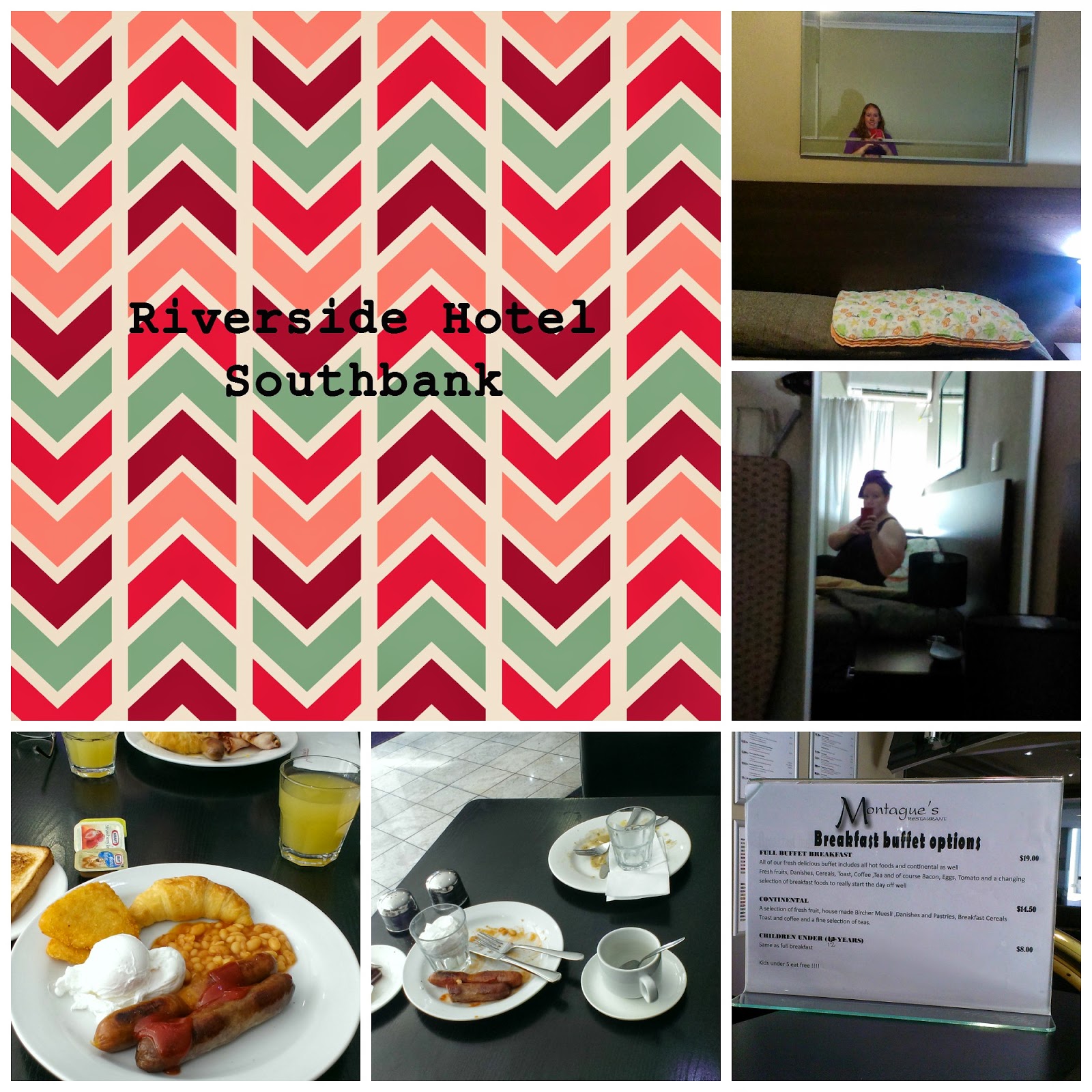 A couple block walk to the convention center and we were greeted with a sea of faces all decked out in CTMH logo wear. I found the lady I was looking for and bought my new sapphire blue shirt from her. Then after a bit of a quick change, it was time to swap cards! I made two designs (12 each) and swapped for all of these! 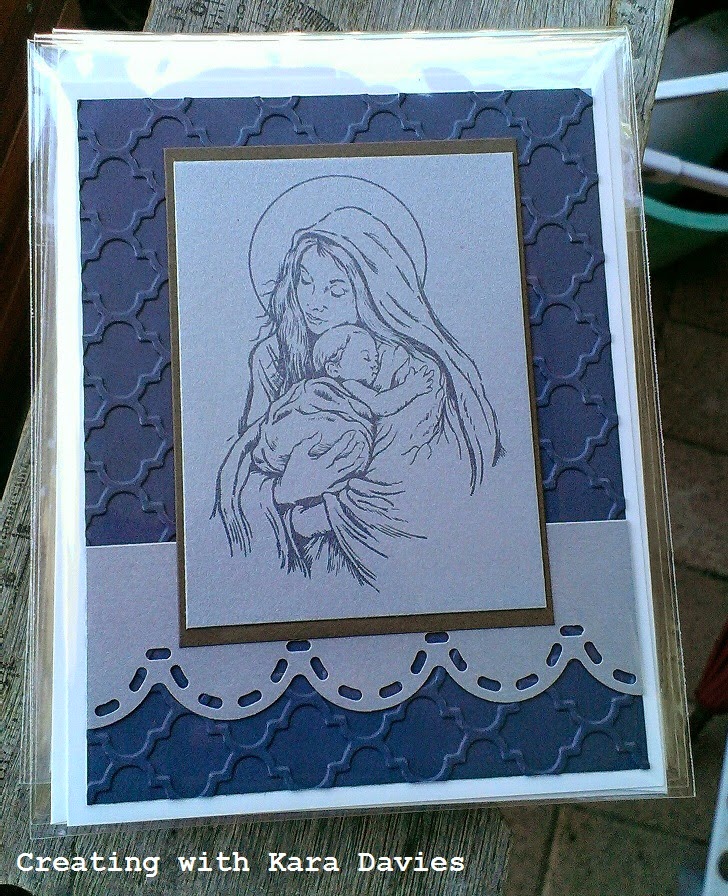 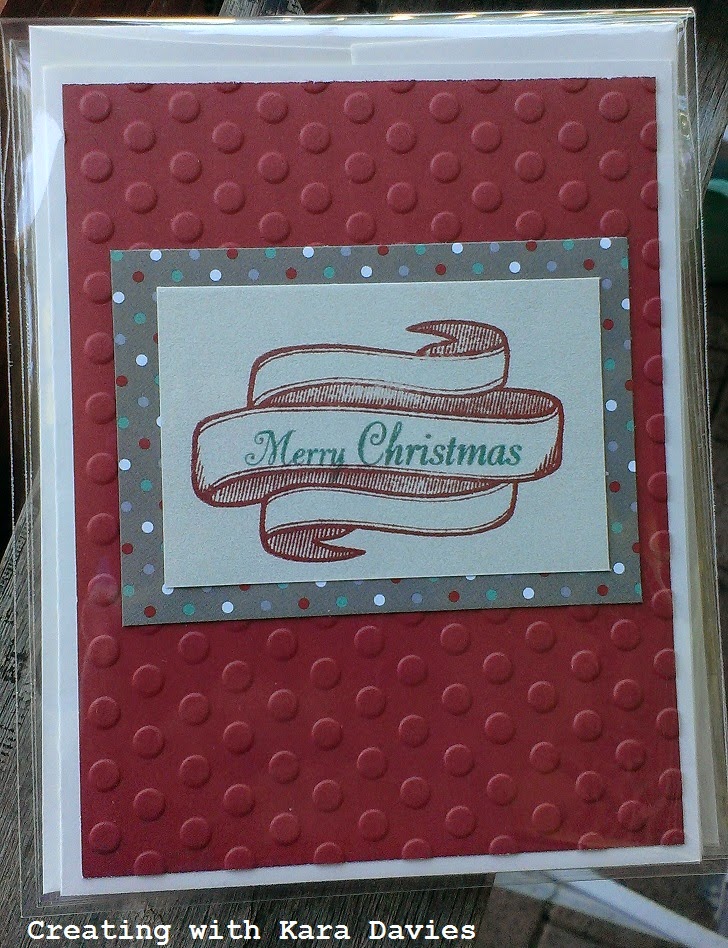 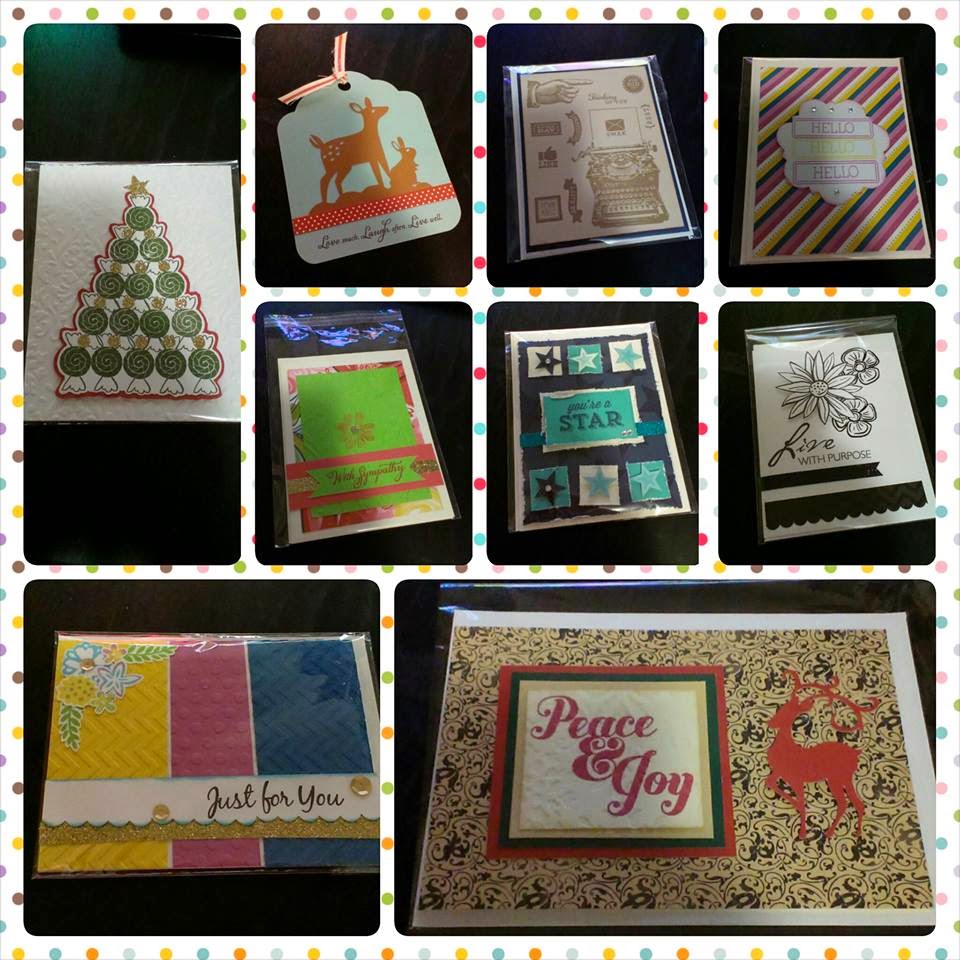 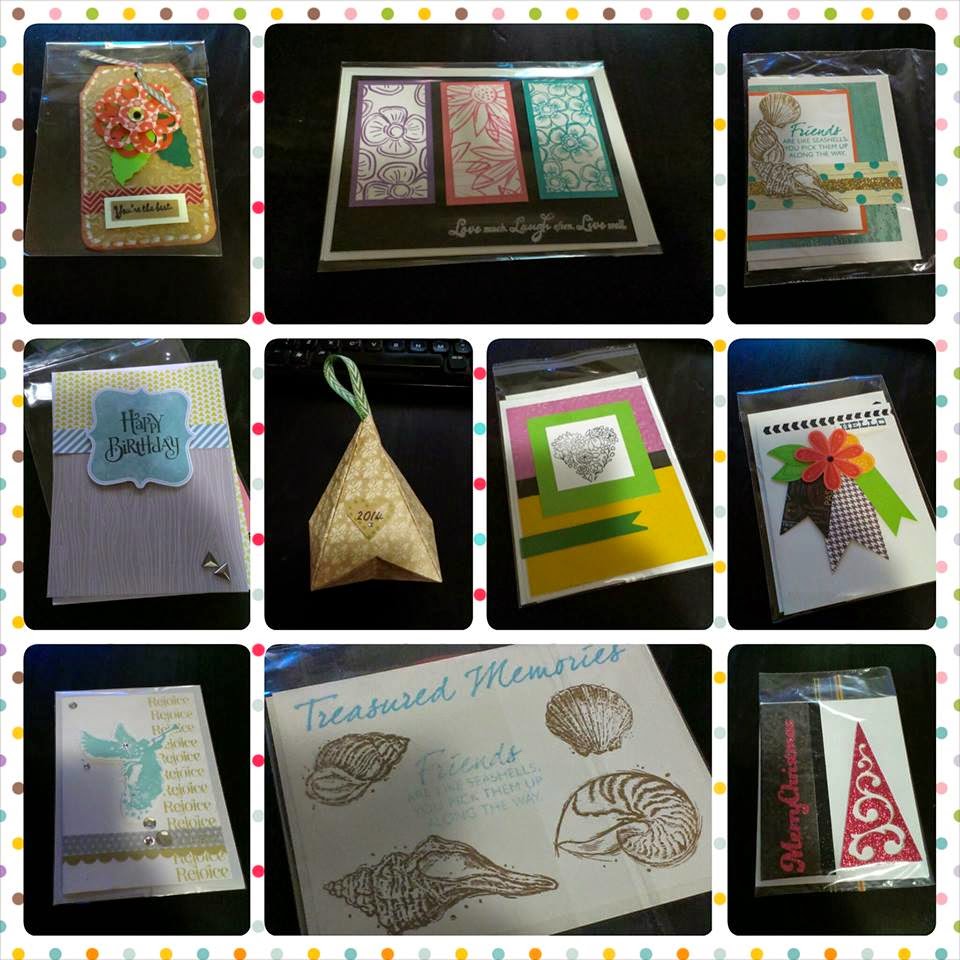 Soon after the swaps, the convention center Great Hall doors opened and we were off and running to find seats! Shortly after we found seats, the show started off with Come Fly With Me! The US and AUNZ head office teams then announced the new products with a couple fun Amazing Race-themed skits. 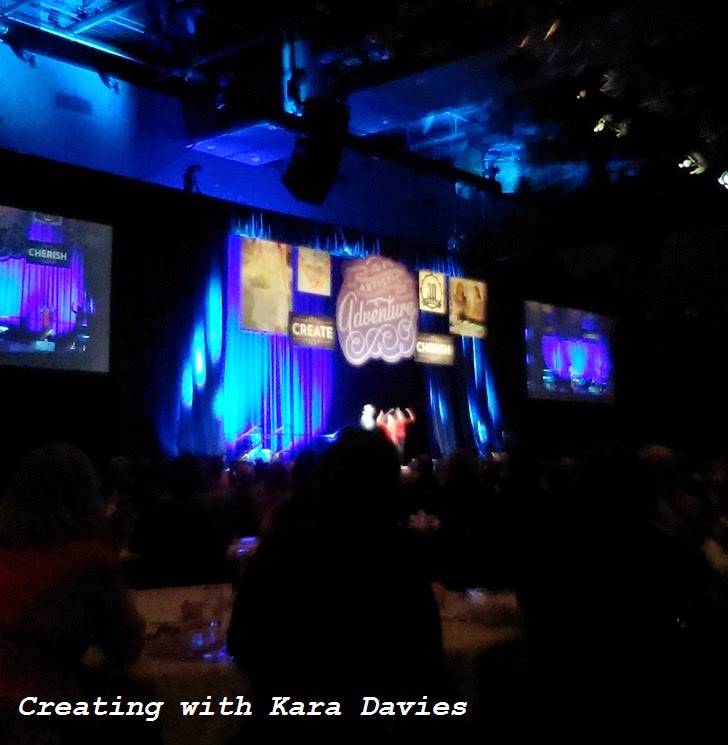 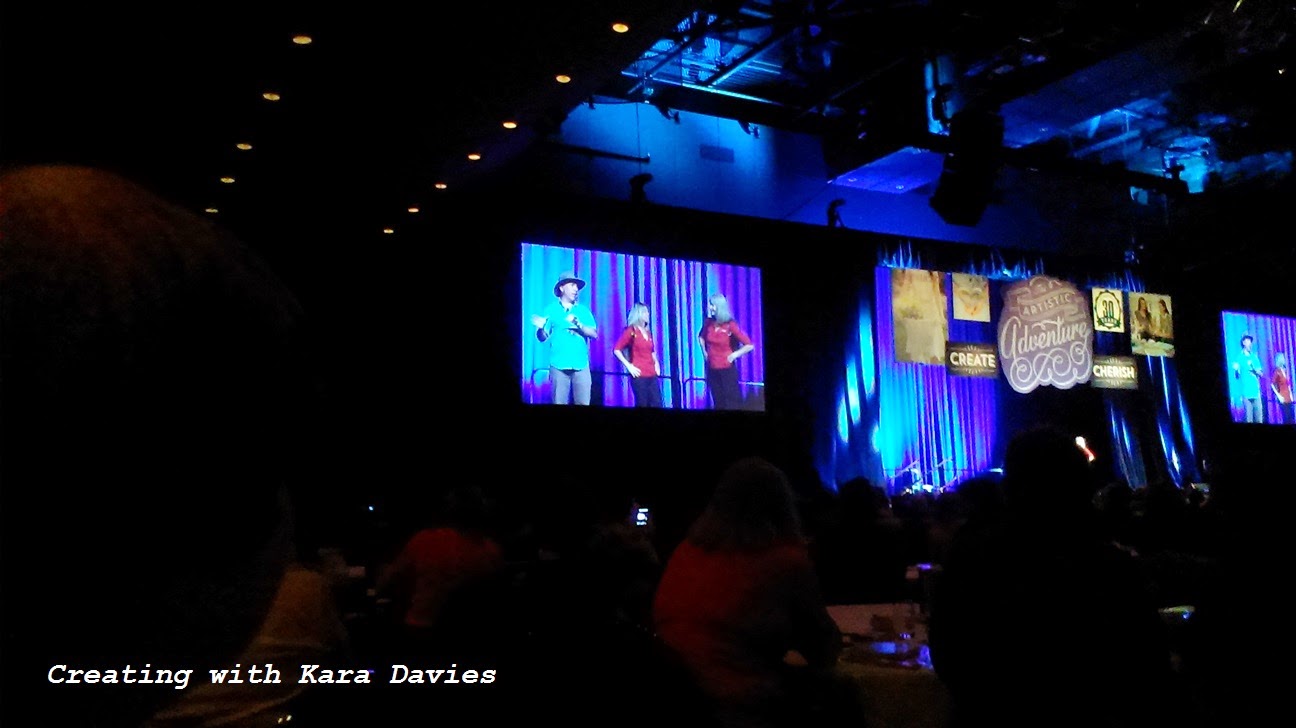 Just before morning tea, we were all told we'd be getting our own brand new CTMH bag and copy of the new Seasonal Expressions. We RACED out the door and found where the bags were. Guess who got the first one? ME! 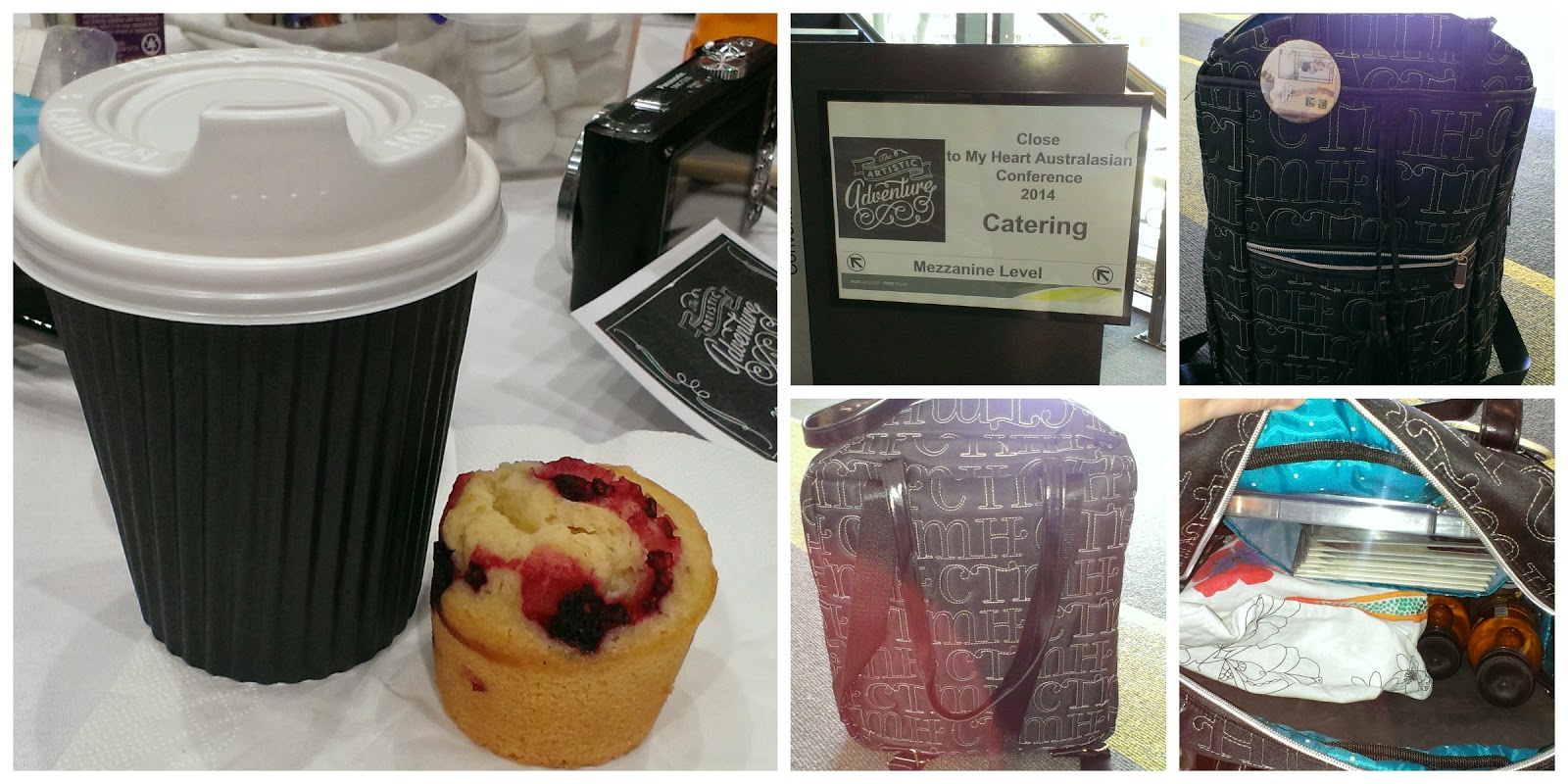 After morning tea, we filed back in to the Hall and got some hands on play time with TWO new paper ranges! 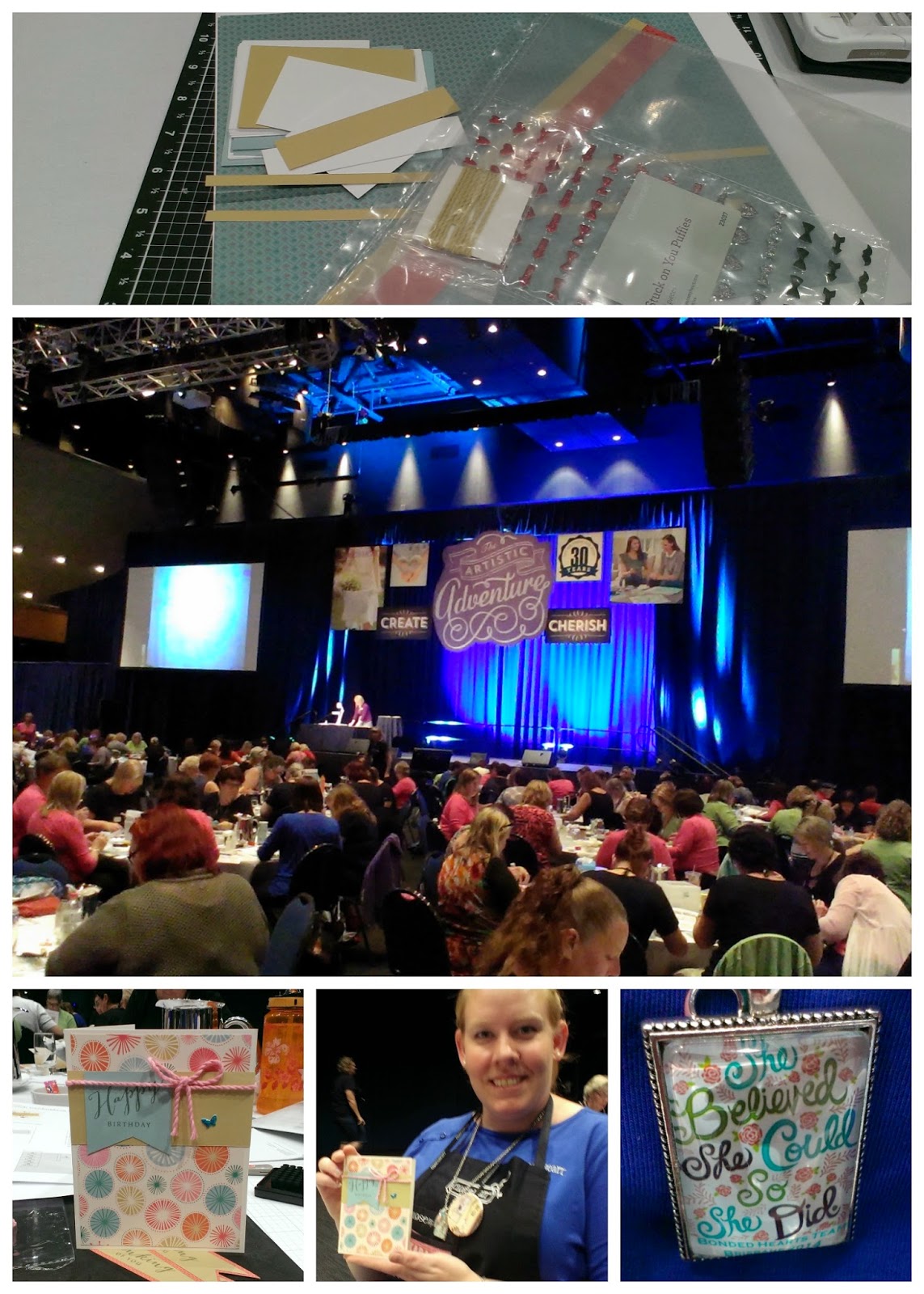 After our sessions ended for the day, we hoofed it back to our hotel to drop stuff off and get some dinner. My roommate and I had cheesy bacon breads and drinks in our hotel restaurant before walking back to the convention center for the evening. There was a consultant creativity showcase and I showed off my most recent pages, cards, and mini albums. We also got to make a new base & bling cuff. 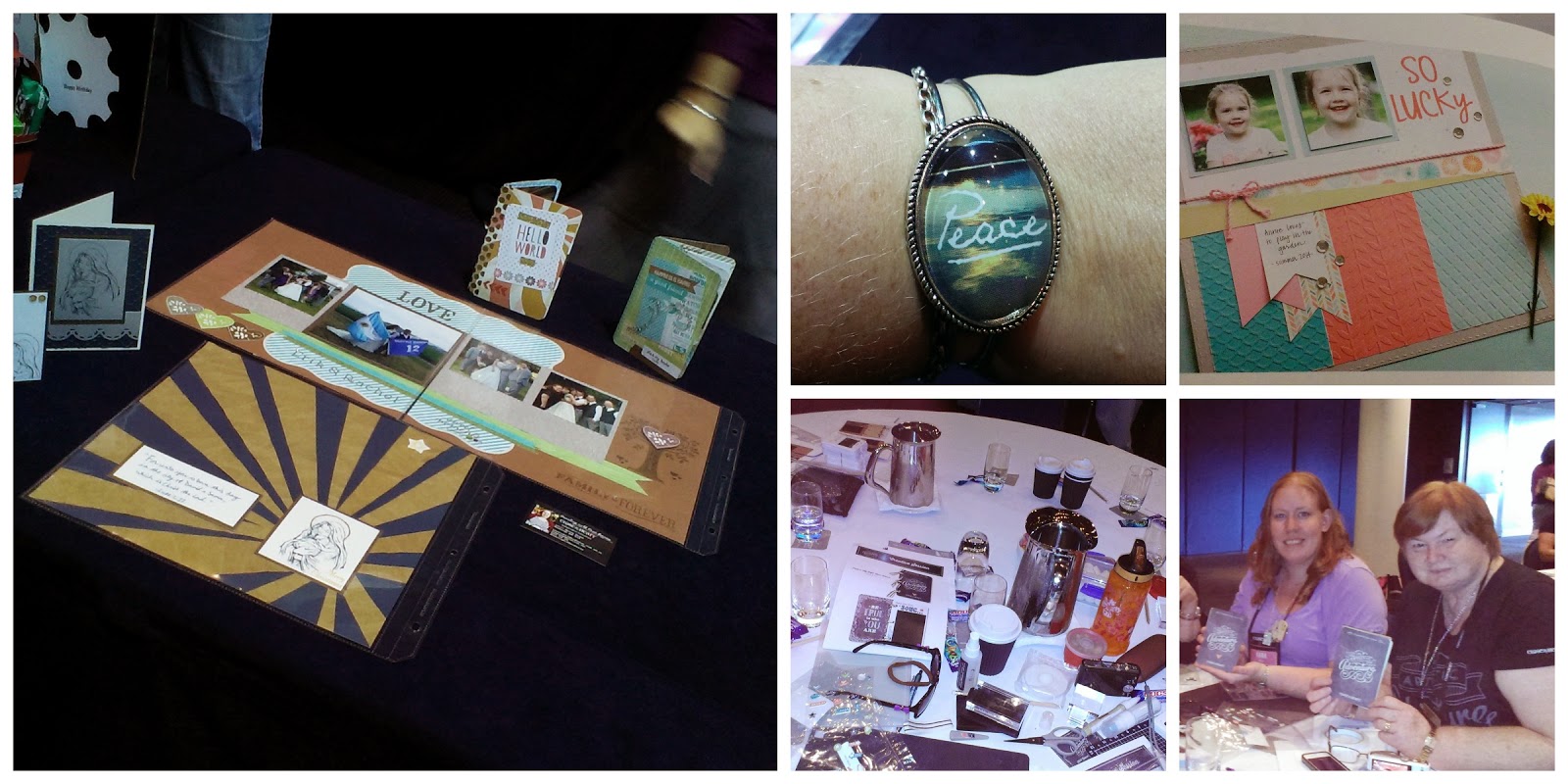 Another yummy hotel breakfast, another walk to the convention center. A couple business presentations and training sessions, morning tea, and then it was time to play with more new products! We made mini albums featuring the Chalk It Up Picture My Life kit and a specially designed Convention only stampset.

After lunch we had a chance to view all of the Page Layout Competition entries. Mine wasn't all current product so I wasn't in the running for a prize. That's ok. I wanted to show off my work! (I also liked seeing my name up in print!) 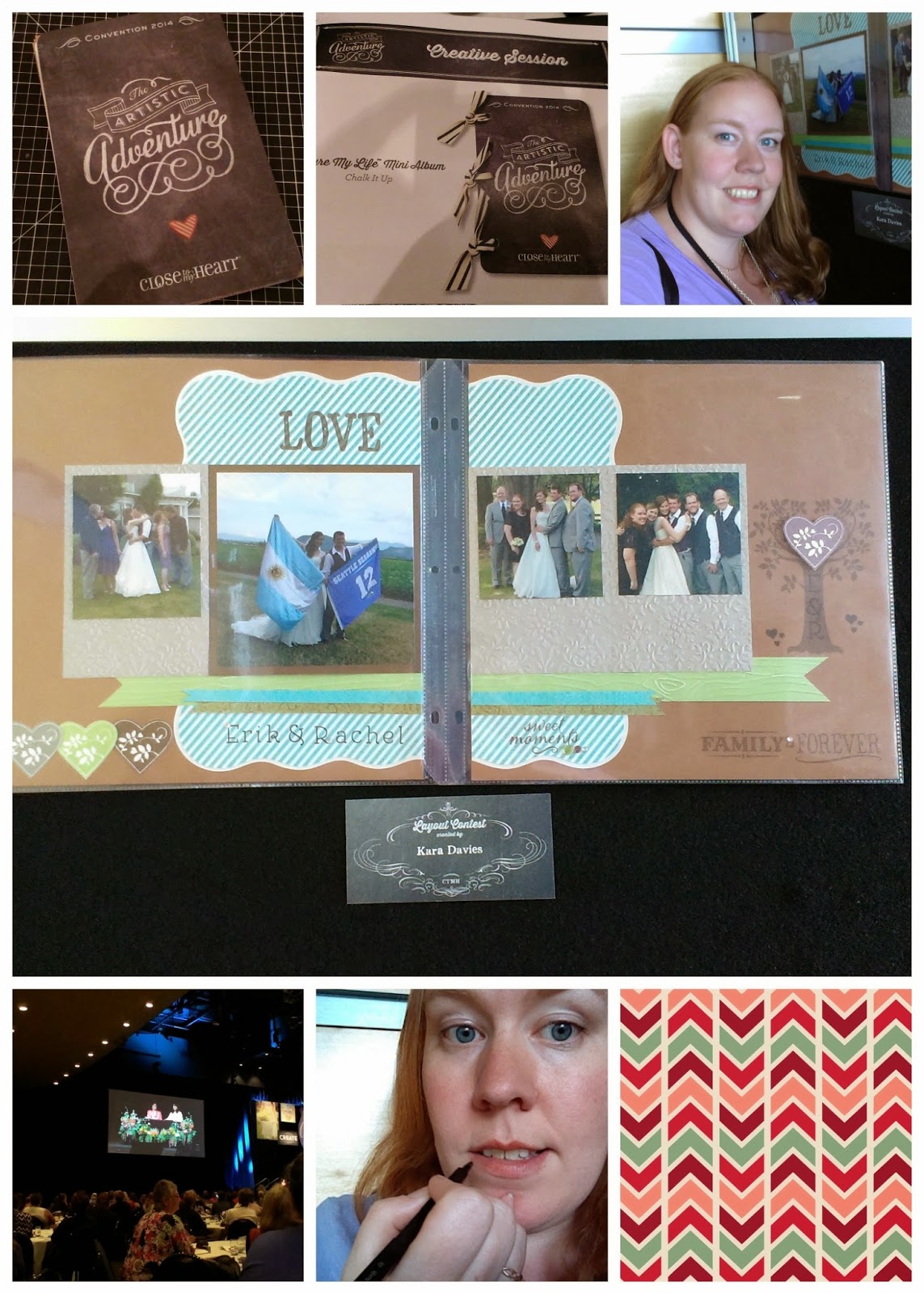 We headed back to the Great Hall for the last session of the day and it was an extra half hour of waiting to get in. Little did we know that we were in for a HUGE surprise. The founder of CTMH herself, Jeanette Lynton, was there! She's been there all weekend, just hiding in the VIP room! She's not well, and made the huge effort to come down from Utah and surprise us. Wow! She was interviewed by Monica and told us a bit of her story and how we in Australasia were an answer to prayer. She was an answer to ours!

Finally, after a great auction to benefit Operation Smile, we collected our layout entries and headed back to our hotels to get all dolled up for the Gala Dinner & Awards Presentation. Our convention agenda said semi formal attire for the dinner. Well let's see here... what do I have in my wardrobe that's semi formal? My LBD (little black bridesmaid dress)! My roommate and I each got ready and charged our phones up before making the walk back to the Great Hall. When the doors opened, the room looked lovely. All weekend, the various presenters had been using the giant autocue/teleprompter screen hanging above the Hall's sound desk. Our table was #46 and it was set very nicely. At each place was a little wrapped gift. Another exclusive stamp, just for convention attendees! Seriously, SO SPOILED!

We were told to take our seats and drinks were brought out while the awards presentation was started. I got the "ham salad" appetizer: salad of jamon iberico, charred asparagus, pepperdews with labna, caramelized onions, salsa rossa. Who are we kidding? I had the bread and butter and put the jamon iberico on top!

For mains, I got the chicken! Breast of chicken, chicken lollipop, caramelized fig compote, celeriac puree, foraged vegetables, rosemary glaze. Again, I had the chicken and glaze. The compote was nice, the celeriac puree was not nice. 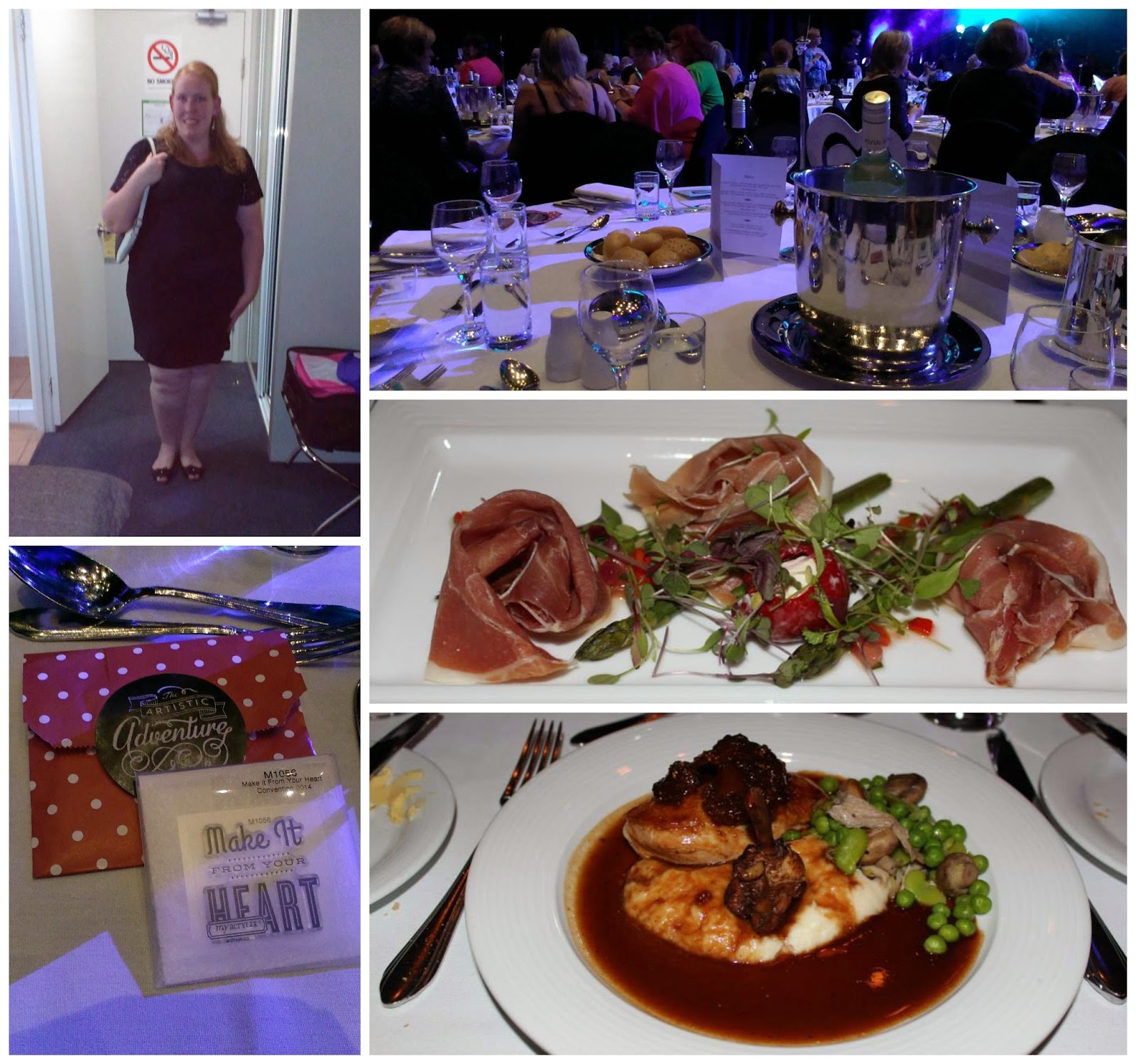 The entertainment for the night between award presentations was one of the 10 tenors, Sebastian Maclaine. Holy moly, what a voice! Any time you walk out to a room of 580 ladies (with a few gents scattered throughout) you're gonna get wolf whistles. He sang Leonard Cohen's Hallelujah. 'Nuff said!

The entire night definitely felt like a tv awards show. Glamorous gowns, handsome men, fabulous food (especially dessert!), and amazing awards. I recognized a few of the ladies that won. Each time the presenters stopped mid sentence, we all got super excited and tried to guess who was about to have their name called. The buzz in the room was electric! The head of the big team I'm in won top team sales with 1001+ downline, with $5.2million in sales for the last year. THE LAST YEAR! Wow! Go Team Bonded Hearts!!!!!!!!!! 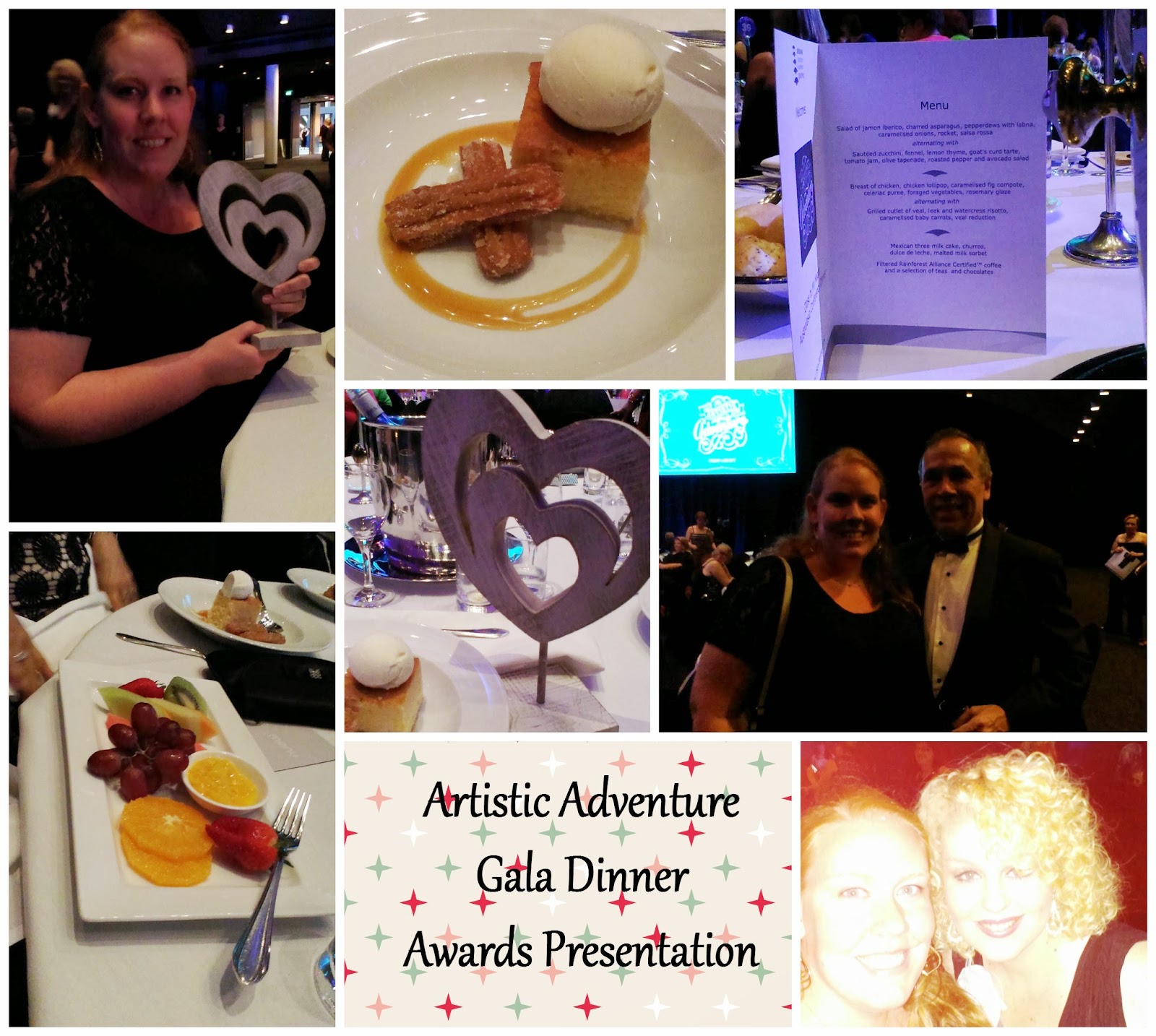 When the awards were nearly over, dessert was brought out. Mexican three milk cake, churros, dulce de leche, malted milk sorbet. Oh my wow. SO GOOD! The LeftRight Game (similar) was played and the prize was the table centerpiece. I won it! :D A live band played for the rest of the night and the dancefloor opened. I got a few photos taken with Monica and the Brians. 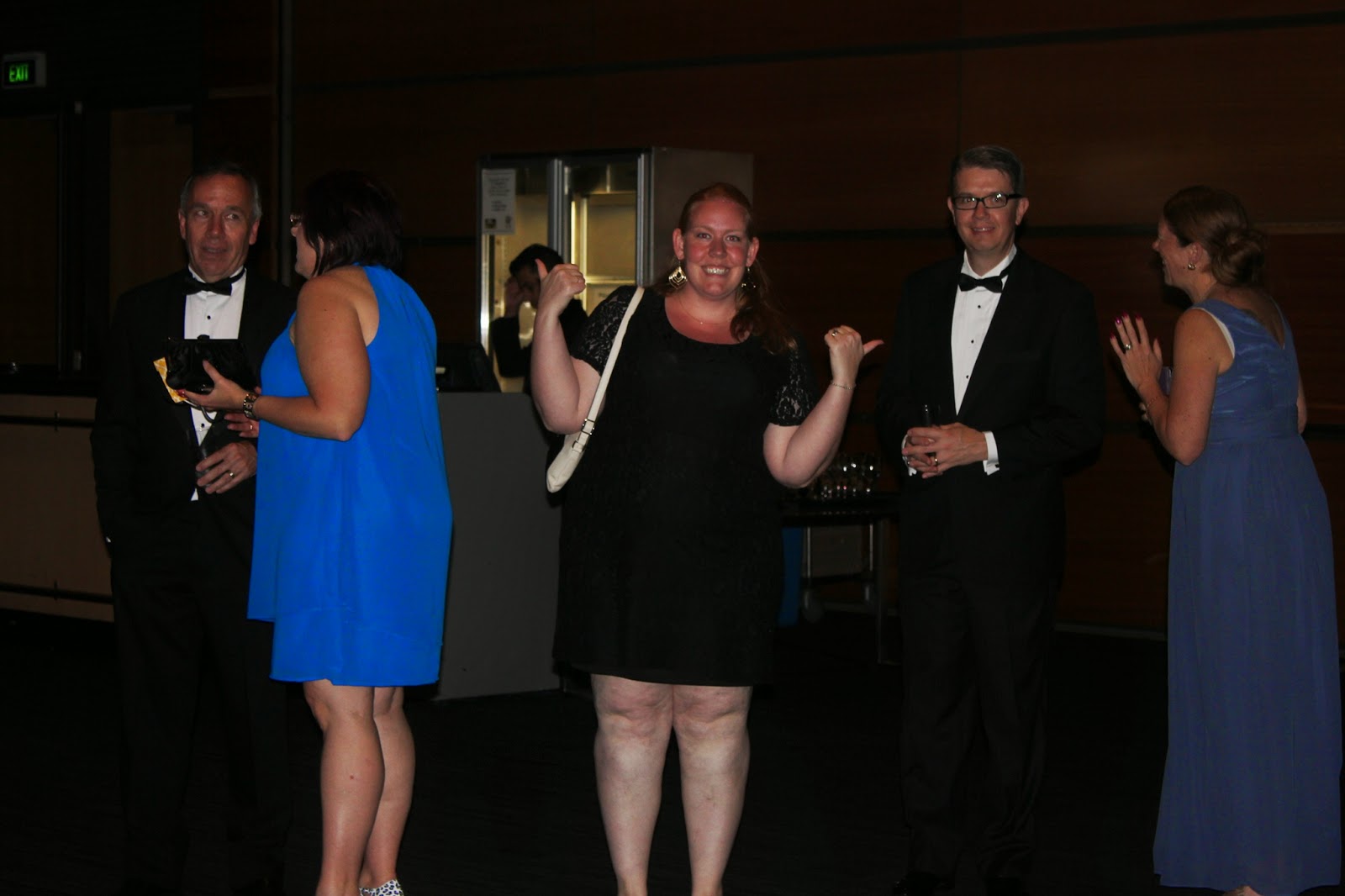 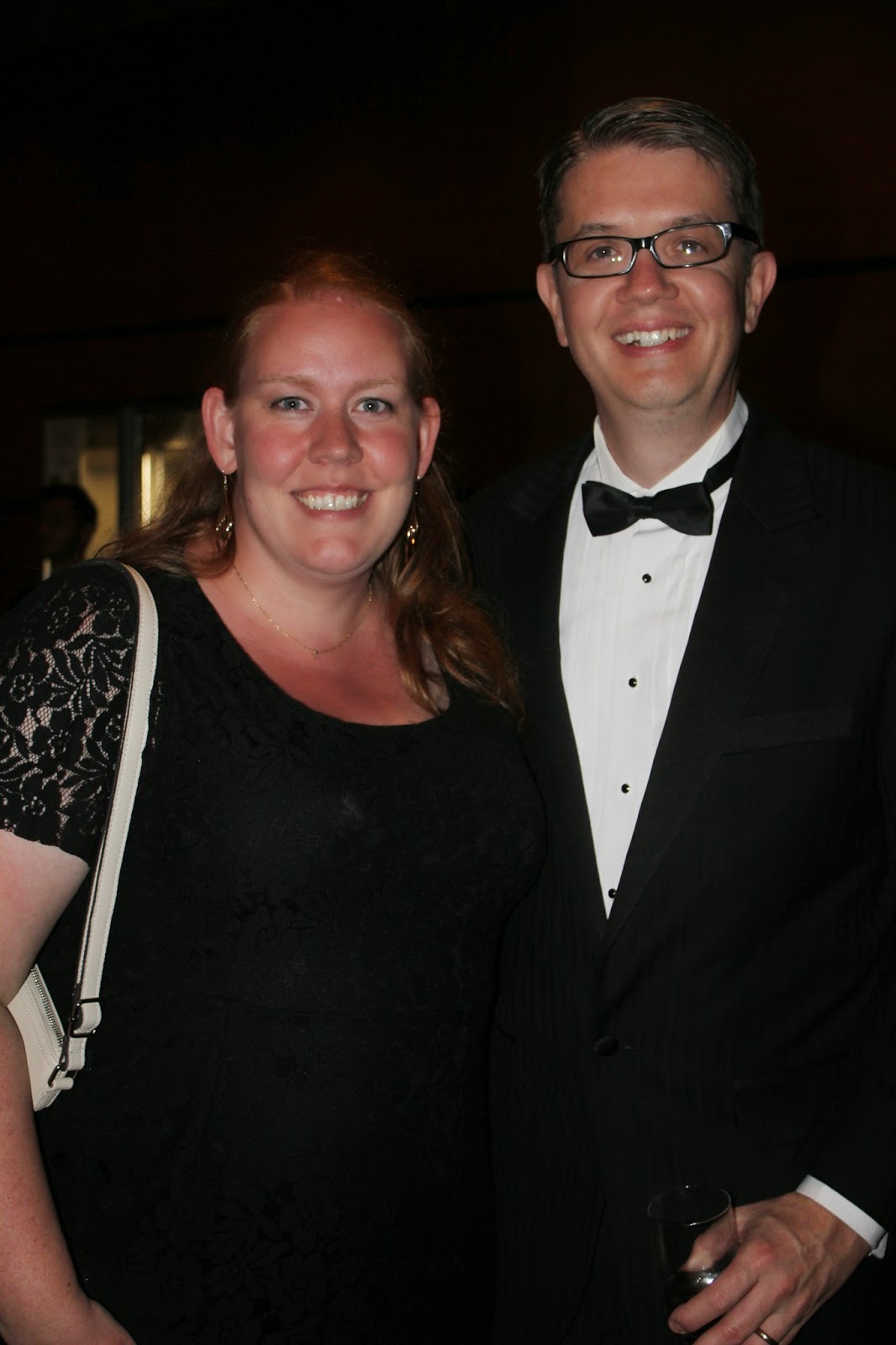 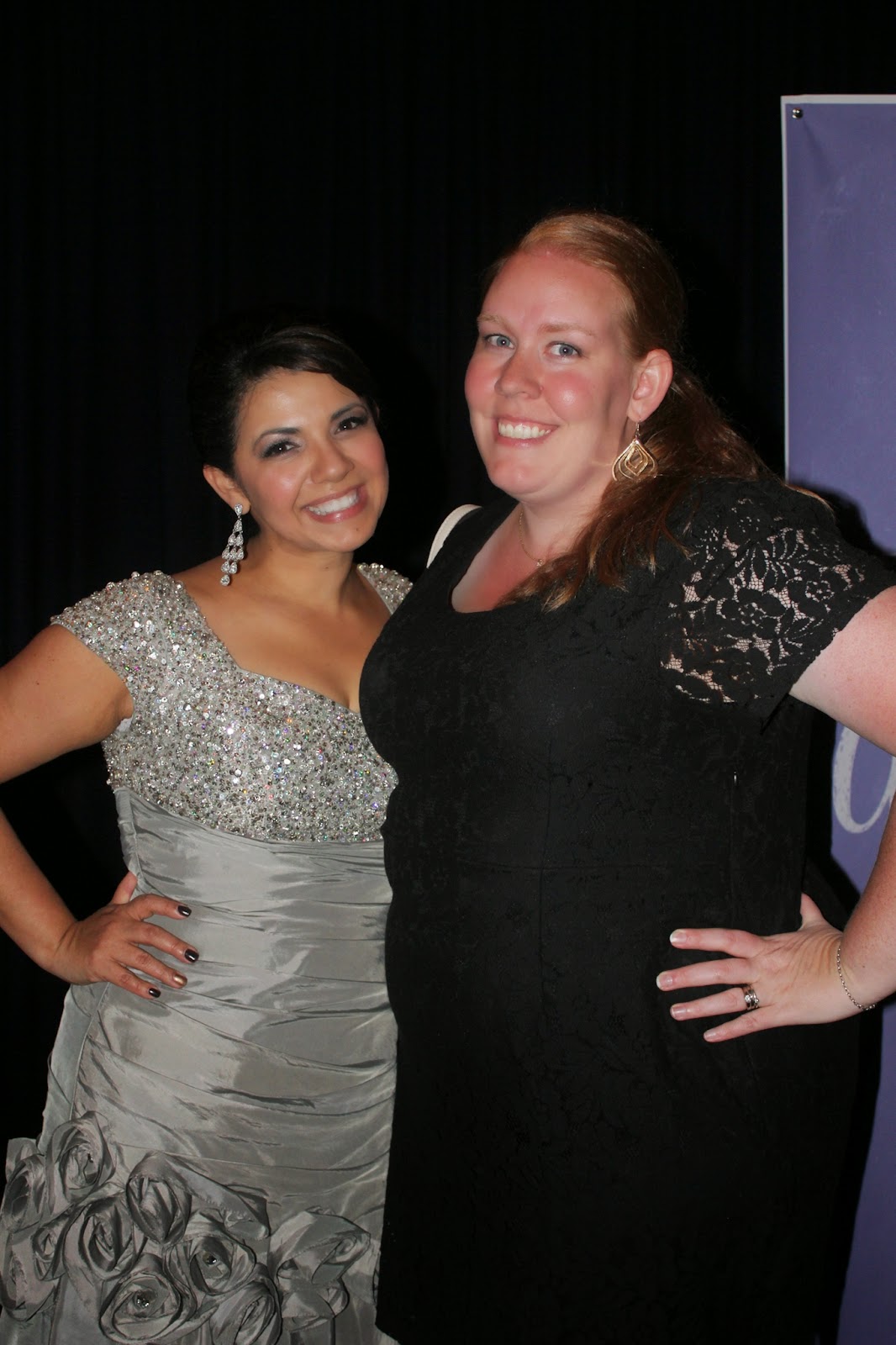 While dancing I decided to take my shoes off and put my things aside for a while. I turned back to see my stuff where I left it and a US head office lady standing there. I looked back again a few minutes later and she was gone. I went to pick up my things and there, in my shoe, was a giant Sticky Boy! Much yelling and whooping and hollering happened, I won't lie. Finding a Sticky Boy is a very rare and special occurance. Head Office staff hide varying sized Sticky Boy stamps around the venue at corporate-sponsored events (convention, etc). He's usually hiding but this one found me! I looked ALL weekend and couldn't find one. Imagine my surprise and delight to find him in my shoe!
A long walk back to our hotel, and my roommate and I were knackered. So much excitement and information to take in over the weekend! We crashed pretty hard. The morning came all too early and we packed our bags before heading down to breakfast. We checked out and didn't have long to wait until our rides arrived.

Now, I've only ever been to one other business convention and this one? Hands down SO MUCH MORE FUN! And the best part? Convention 2015 is in Brisbane! And the bestest part? The next incentive trip is to DUBAI! 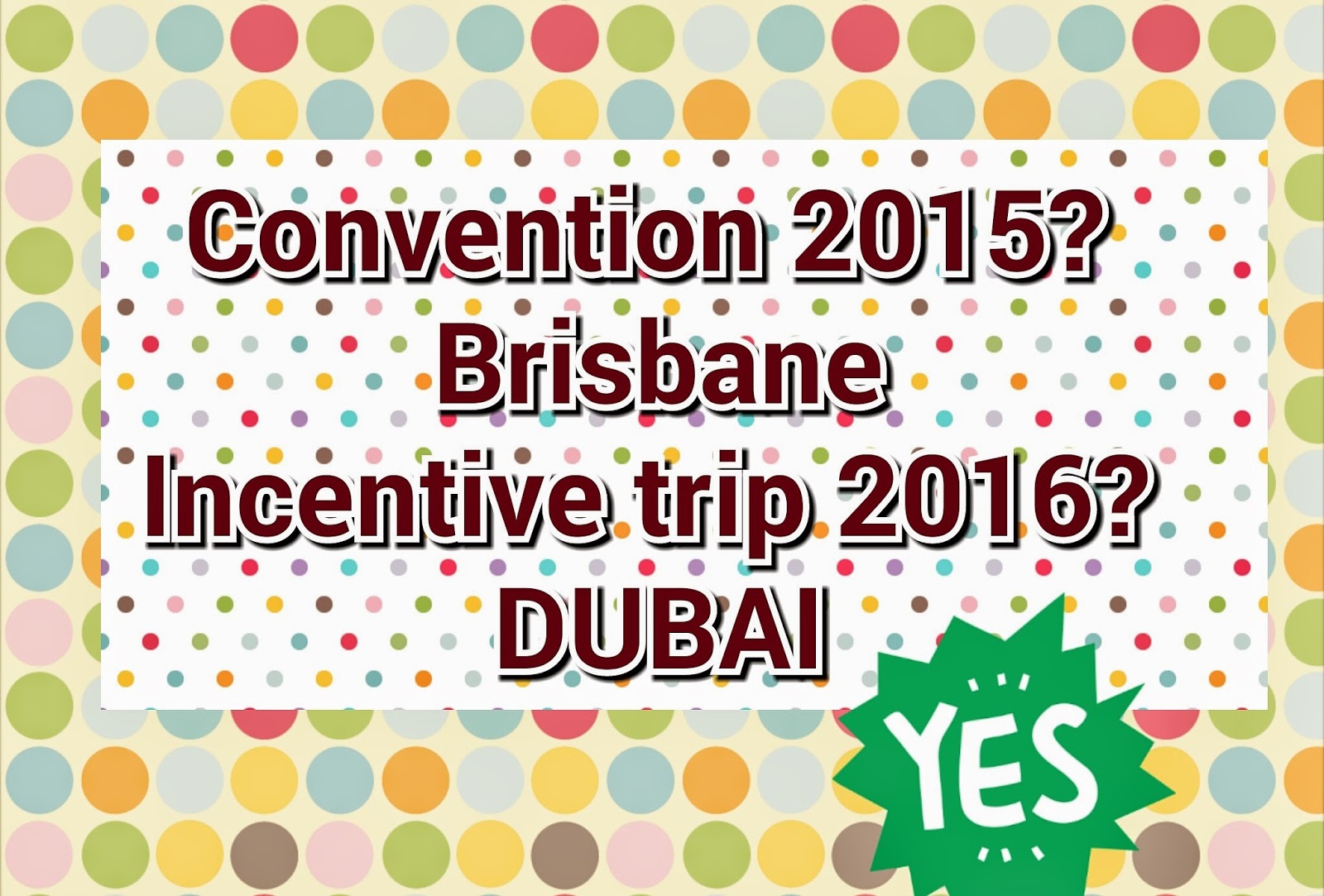 A 7 day cruise from Dubai, including round trip flights for two (Sydney-Dubai-Sydney), and a host of other surprises I'm sure.

I *so* want to go to Dubai and to get there, I need your help.
Place an order, book a gathering, host a gathering, book and come to a workshop, become a consultant and join my team! Every lil bit helps! Want more information? Contact me!


Shop with me today!

Posted by Ausmerican Housewife - Creating with Kara Davies at 9:20 PM

All comments must be approved before they are visible. Abusive comments or spam of any sort are not allowed. 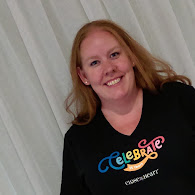 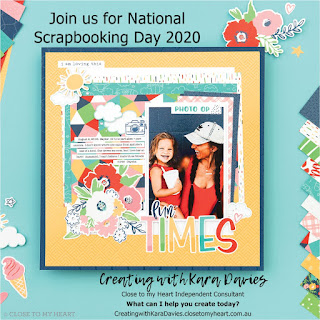 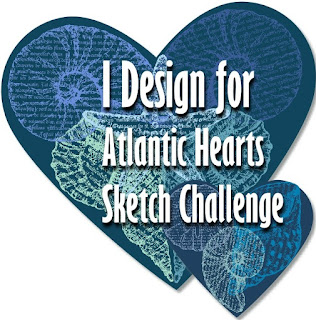